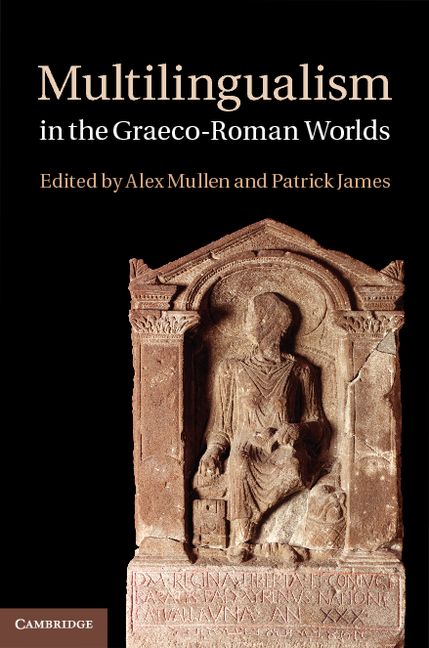 This collection of essays, deriving from a Cambridge conference in 2007, has now been listed on the CUP website, due to appear in August 2012.

I have a small contribution exploring how Irish scholars around the seventh century derived a basic knowledge of Greek vocabulary from a range of Late Antique sources and how they applied that knowledge.

Here’s the full table of contents:

Introduction: multiple languages, multiple identities—Alex Mullen
1. Language maintenance and language shift in the Mediterranean world during the Roman Empire—James Clackson
2. Why did Coptic fail where Aramaic succeeded? Linguistic development in Egypt and the Near East after the Arab conquest—Arietta Papaconstantinou
3. Language contact in the pre-Roman and Roman Iberian peninsula: direct and indirect evidence—Oliver Simkin
4. Complaints of the natives in a Greek dress: the Zenon Archive and the problem of Egyptian interference—Trevor Evans
5. Linguae sacrae in ancient and medieval sources: an anthropological approach to ritual language—Alderik Blom
6. Typologies of translation techniques in Greek and Latin—David Langslow
7. Greek in early medieval Ireland—Pádraic Moran
8. An habes linguam Latinam? Non tam bene sapio: views of multilingualism from the early medieval West—Paul Russell
9. Towards an archaeology of bilingualism: on the study of Greek-Coptic education in late antique Egypt—Scott Bucking
10. Neo-Punic and Latin inscriptions in Roman North Africa: function and display—Andrew Wilson
11. Cultures as languages and languages as cultures—Robin Osborne